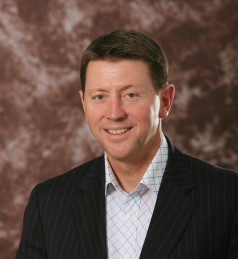 Bruce Cotterill describes his career as a ‘vertical learning curve’. He is a ‘transformation leader’ with extensive experience across a range of industries, including real estate, media, financial services, technology and retail, and a variety of ownership models, including both public company and private equity.

As CEO, Bruce has led real estate group Colliers, Kerry Packer’s ACP Magazines, and iconic New Zealand sportswear company Canterbury International. In 2008, he was asked by shareholders to step in as CEO of Yellow Pages Group to lead the company through a period of dramatic change, including the restructure of the company’s $1.8 billion of debt.

At just 34, Bruce was appointed to lead Colliers, Australia’s number one commercial real estate organisation.. Since then, he has taken on three further CEO roles as well as countless directorships and consultancy programs.

Bruce is a passionate leader of change and is genuinely interested in business performance improvement. He is a lifetime leader, who focuses on clear objectives, enhanced personnel engagement and improved customer orientation. He has continuously delivered vastly improved results through his involvement in organisations. He is now a professional director and advisor, and is a highly regarded business communicator, assisting organisations to maximise their performance and profitability. His recent consultancy activity has included assisting Telstra in identifying more than $100 million of profit improvement opportunity and advising the Canterbury Earthquake Recovery Authority in Christchurch, New Zealand. In his ‘spare time’, he is a husband, father, lifeguard, ageing triathlete, competitive ocean swimmer and frustrated golfer. 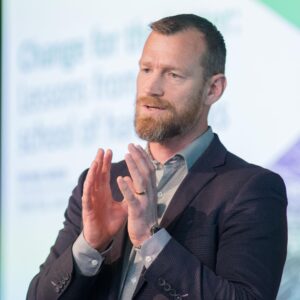 Would you have a Doctor of Psychology present at your conference? What if he had spent almost 11 years behind bars?

As an 18 year-old, Dr Paul Wood was completely off the rails. He wasn’t coping with the impending death of his mother, he was dependent on drugs, and was an unemployed high-school dropout who was committing crimes to feed his habit.

Two days after his mother died he lost control when his then drug dealer attempted to sexually assault him. Paul was convicted of murder for this offence and then spent more than a decade in some of New Zealand’s toughest prisons. During this period Paul became the first person in New Zealand’s history to progress through undergraduate and Masters degrees while in prison. He was also the first person to begin a Doctorate while incarcerated. Paul’s educational pursuits dovetailed with a journey of personal exploration and change, both of which gave him a profound understanding of the ingredients required to successfully strive towards our potential, deal with the challenges of change, and build the mental toughness and resilience necessary to flourish in adversity.

On his release, Paul was able to translate this knowledge into strategies for improving leadership effectiveness and organisational culture. As a result, Paul rose rapidly through the ranks to become the senior manager responsible for Training and Development within the multinational professional services firm OPRA Consulting Group. Paul now runs his own practice and has served as a committee member and advisor to a number of boards. Paul spends most of his time facilitating leadership and emotional intelligence focused programmes across the private and public sectors. He works with everyone from the Hurricanes to Central Agencies of government. His charitable interests see him visit prisons and act as patron for START Taranaki, which helps at risk young men turn their lives around. Paul is also a regular contributor to the media.

Paul’s speaks to the human experience and provides practical insight on topics such as our capacity for change, how to cope with uncertainty, how to build mental toughness and resilience, the importance of self-reflection and personal accountability in growth, how to identify and maximize our potential, and how to turn adversity to your advantage.